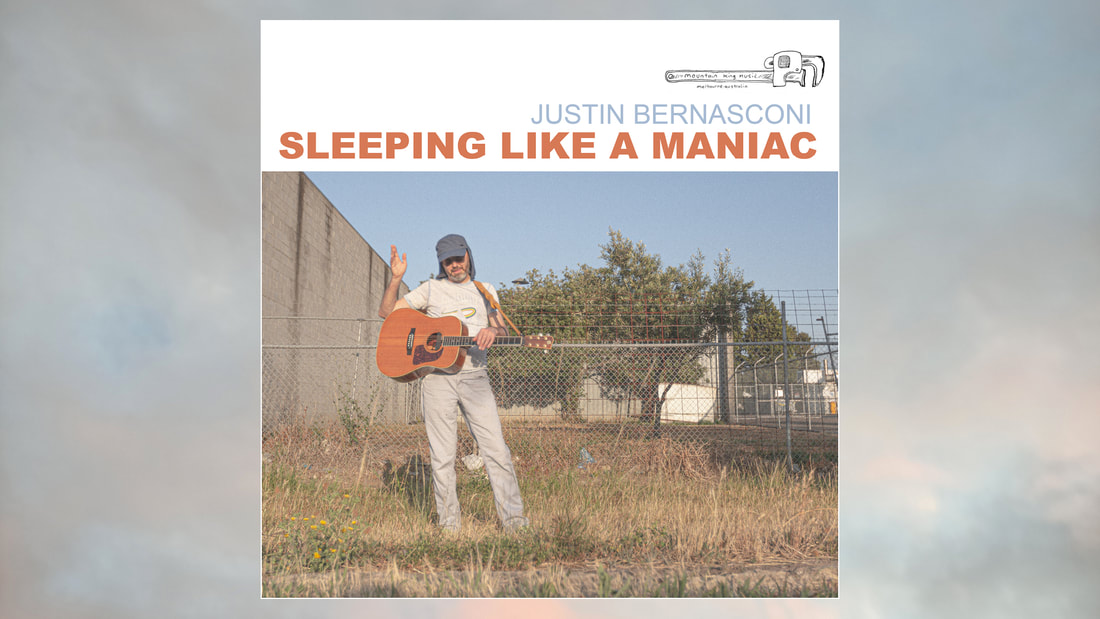 ‘Songwriting plumbs new depths... showing his
classical study of form and structure, tracks presents one surprise after another'
Rhythms Magazine

"An album that takes you everywhere;
listeners are alternately challenged, enthralled, uplifted, entertained, upset, comforted
​and ultimately, amused by the sheer breadth of the goods on offer.
This is an album that isn’t to be missed!'
At The Barrier (UK)

Originally from Cambridgeshire England, Justin Bernasconi settled in the urban heart of Melbourne’s music community in 2004. Known as one of the city’s finest guitarists and songwriters, he continues to explore and expand his craft to raise the banner of ‘folk’ over new horizons. His previous solo albums delivered a captivating mix of alt-folk, Americana and bluegrass between evocative stories and exhilarating instrumentals. He looks back to British roots on third release Sleeping Like A Maniac. Tracks evolve like acts in a play. From setting the scene of one man's emotional journey through to vignettes of whimsy and soliloquies of despair and hope.

Rules of form are broken, revealing sonic sophistication outside the square. Bernasconi’s deft cross-picking drives the surging rhythm of mental turmoil. It’s the tale of a man striving to move on from his relationship mess, his lies and confusion. Intense dissonant guitar is relieved by harmony as vocals rise and fall.